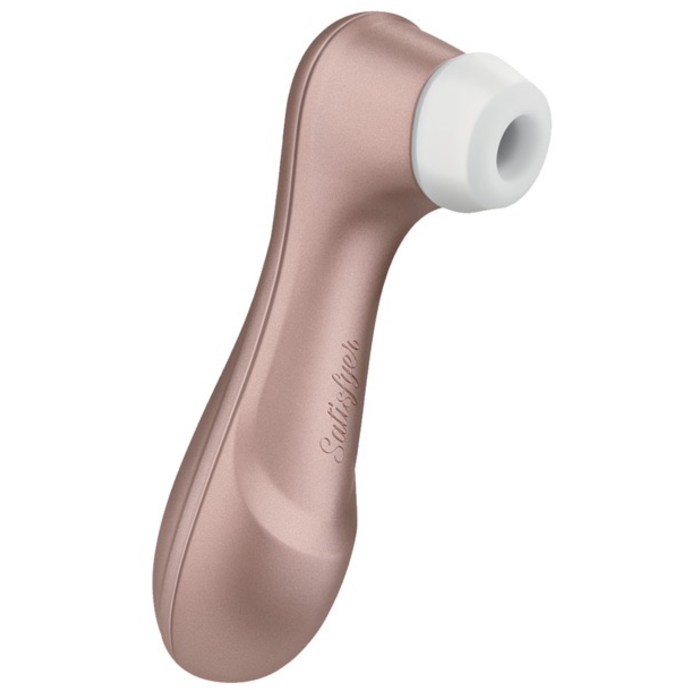 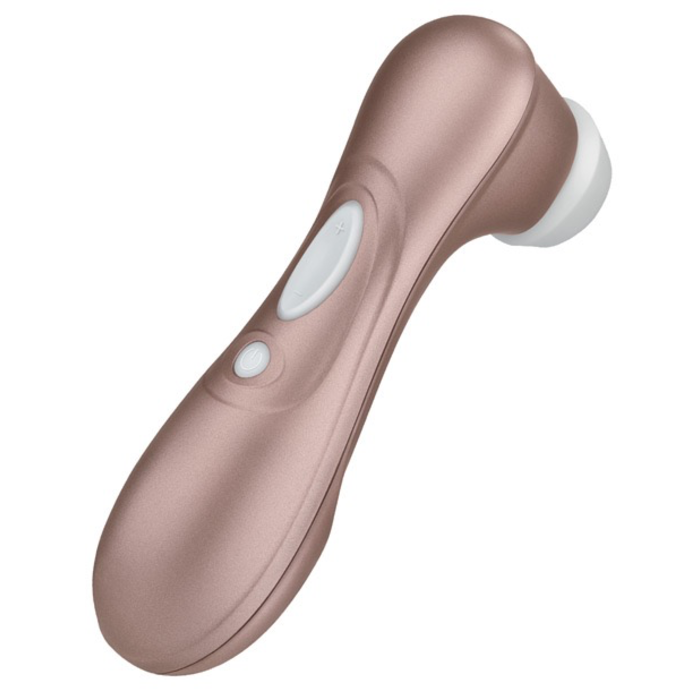 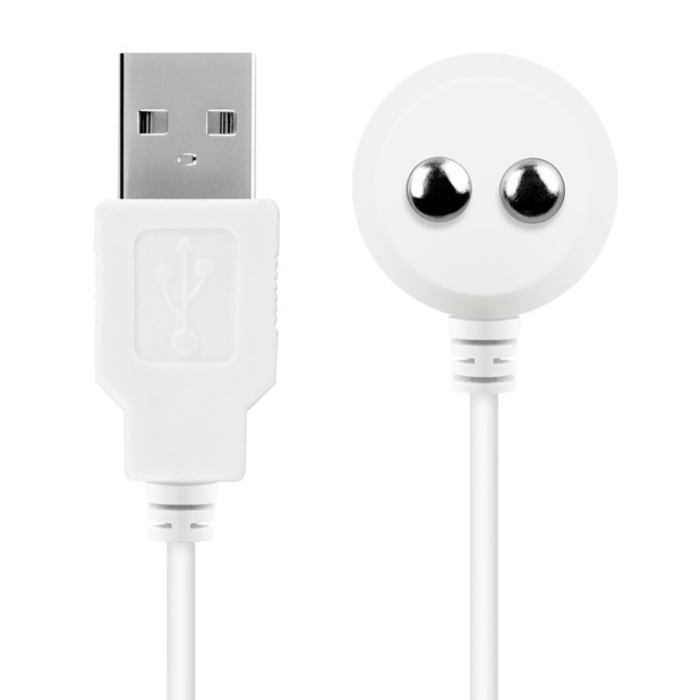 Surprise Party is a comfortable, cusioned suction toy that has a great range of settings from low to wow!

Ahh, the new suction toys.  You’ve probably heard of them and have been curious.  With reports ranging from “I came in 10 seconds!” to “Whoa, that was not my thing!” how does Self Serve decide what to carry?  Well, we tested them.  All of them (that are currently on the market).  And after all that testing, this is the one we decided to carry.  Why?  It’s got a lower low setting than most, it’s got a comfortably cushioned opening, the opening is big enough to not pinch on most bodies, and it’s easy to hold.

How do you know if you’ll like this new trend in suction toys?  Motorized suction feels really different from mouth suction, or hand-held pump suction.  The sucking action doesn’t touch the clitoris directly.  It pulls blood into the clitoris giving it a strong erection faster than we get from other kinds of stimulation.  (Yep, clits get erections -we just don’t see it easily because they’re small and often hidden under other body tissue.)  For some of us, this totally leads to “I came in 10 seconds!”  Yet for some, especially if you’re used to a different sort of stimulation, it feels super different, and possibly overwhelming.  One of our testers said, “These toys can easily become too intense. I started to use it and, like some accounts, felt as if I might come within a few seconds. But I would get towards a plateau and then skip it and go right to overstimulated.”

Still, even our testers who found that the toy had a bit of a learning curve discovered that, if they were initially unsure about the toy’s potential, they kept going back to it for another round of *testing.*  “I’m used to vibrators, and the suction didn’t wow me right at first --it just felt like too much stimulation!  But after playing with it a bit and trying different settings, I found the one I loved and it became my go-to toy!”

The sensation from toys like this one feels like a quick, pulsing suction.  Put a little water-based lubricant around the toy’s opening to get the best connection.  It has to be held within a range of angles in order for the suction to latch properly.  Our testers found the angles easy to accommodate.

You would like this toy if you want to try something really different from vibration, or if vibrators feel too direct to you.

You would not like this toy if you don’t want to potentially spend time learning how to have fun with a new type of sensation, you want a suction toy that will accommodate a larger amount of erectile tissue, holding a toy at specific angles is tough for you.

One of our reviewers said: “It’s a very different experience using this sort of toy.  The sensation is totally different from vibration.  It took my body and brain a bit to adapt.  Turns out, if it feels like too much to me, having something in my vag helps.  I love using it with a dildo, some erotica, and my favorite lube!  This version of the suction toys is better than the others I’ve tested because it starts at a much lower setting and the opening for the clit is bigger, which means that it can suck in the hood of the clit too, making it harder to get over stimulated.  I loved the ergonomic handle that made it easier to hold onto, and it has a rumblier feel than former suction toys. One odd thing is that at lower settings, it sometimes fluctuated to a higher setting momentarily.  It was like when a pot can't decide whether to simmer or boil so it simmers and spits bubbles occasionally. I liked that because one setting was just a little low and the next a little high. It was totally exciting!”

Another said, “I love suction because it’s a really different, really delightful sensation that tends to build slowly to a big finish!  The Surprise Party is especially nice because it has the perfect variety of speeds/settings.”

Surprise Party comes with a detachable silicone tip.  You can take that off the toy and wash it for 3 minutes in warm, soapy water, or boil it for 3 minutes.  Either way will sterilize it.  The body is plastic, so if you get body fluid on it, it could stay with the toy through washing if it’s got any scratches on it.  Use the toy with only water-based or oil-based lubricant.  As with any new toy, we recommend washing it before the first use and after each use.

If you have any concerns about how this toy may be used with specific issues around mobility or other questions not addressed, please contact us at [email protected] or call (505) 265-5815.