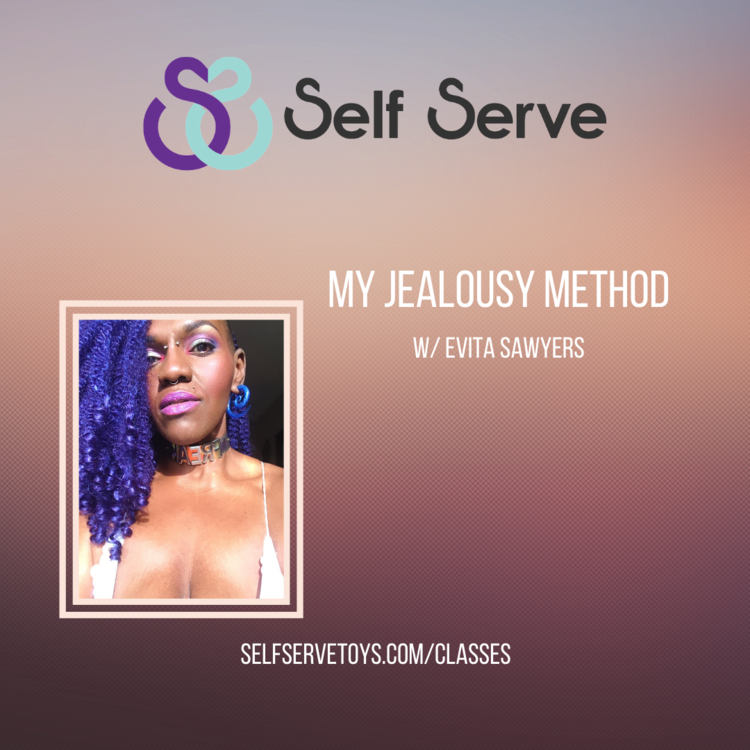 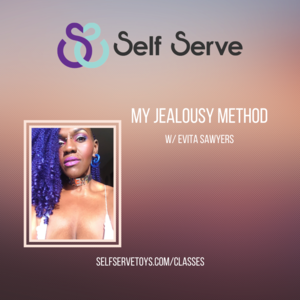 0 reviews - add your review
$20.00
($20.00 Incl. tax)
Access Info: This is a recorded virtual class. You will receive your recording within 24 hours of purchase. Our system is not automated. Classes are held on Zoom and most of them have captions in English.

Description
Access Info: This is a recorded virtual class. You will receive your recording within 24 hours of purchase. Our system is not automated. Classes are held on Zoom and most of them have captions in English.

Jealousy is one of the number one issues people are concerned about and struggle with in navigating non-monogamy. Join polyamory content creator and coach Evita “Lavitaloca” Sawyers as she discusses her jealousy method and how she learned how to tame her “green-eyed monsterAccess info:

Evita (Lavitaloca) Sawyers has been practicing non-monogamy for over 7 years and writes, speaks, coaches, and teaches on her experiences navigating shifting from monogamy to non-monogamy. She’s appeared on several podcasts (Inner Hoe Uprising, Unchained Unbothered, The Jampacked Show, Tickle.life) talking about her experiences as a married polyamorous, bisexual woman of color. She’s also appeared on an Irish Television special with celebrity Vogue Williams to discuss non-monogamy and is the subject of the groundbreaking polyamory documentary, “Poly Love”. A frequent contributor to Black & Poly’s online magazine, Vita has presented at Poly Dallas Millennium, PolyTopia, & Black Poly Pride. People enjoy her frank humorous approach to life, and her candor about her own struggles and how she tackles them. Her passion is helping people avoid the common pitfalls and articulating the complicated emotions experienced in polyamory.